Have You Been Quietly Fired? 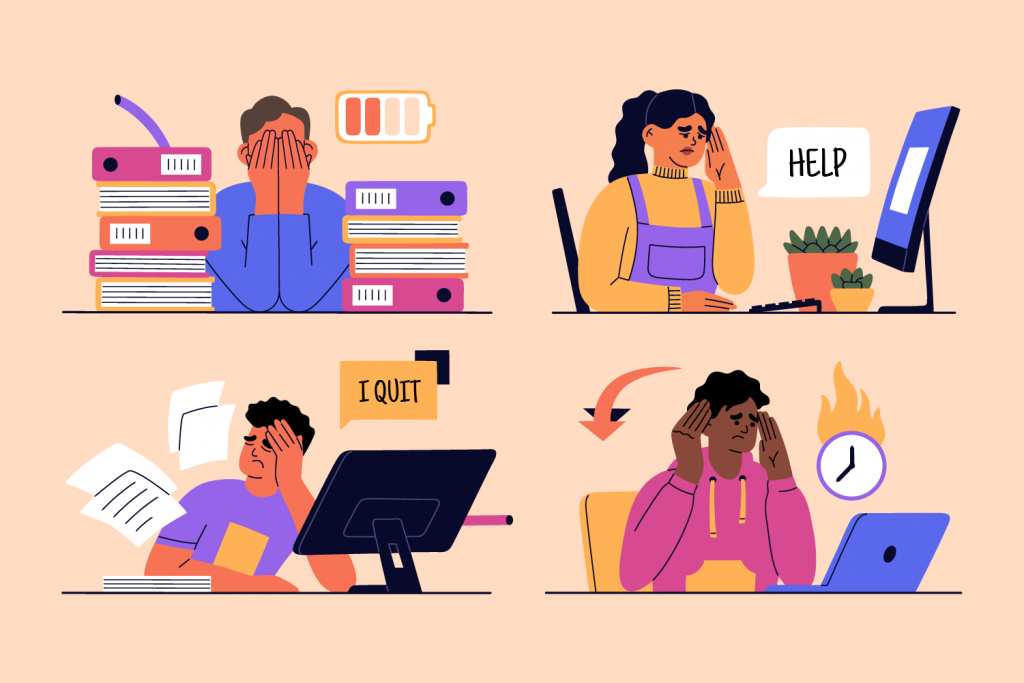 I bet you didn’t know that quiet firing is now a new thing. It may seem that we just started the conversation on quiet quitting and now we are talking about quiet firing.

These are workplace wellness issues because they detract from employees’ ability to be vibrant, engaged and fully plugged in at work, then leave with some energy for their lives outside of work. They deplete workplace happiness and contribute to mental illnesses like depression and anxiety.
These scenarios have been occurring for a long time without too much fanfare. It was the way to do things without causing a fuss. No one ever thought to give them these pretty labels or discuss them openly before the pandemic, which has forced us to take a second look at working conditions and the reality of what we have been putting up with at work to earn a living.

While quiet quitting is trending on social media as when employees who are burning out and step back from extra duties to preserve their mental and physical health, quiet firing is a way leaders are choosing to stop investing energy, time, or attention in employees they feel are poor investments, in hopes the employees will feel uncomfortable and quit of their own recourse.

Let me share a conversation I had with “Maria”, a leader who was complaining about having “Joey” on her team. Maria gives her best and expects her employees to do the same while on the clock. She told me Joey is “not cut out to be in her department”. He deflects his work unto others, avoids writing reports or finishing tasks, and lacks the skills to do his job properly. Joey demonstrates a lack of information about the files and cases his team is working on. Because he doesn’t have the skills necessary to do his own job, he is unable to mentor or coach his team members to improve their skills.

According to Maria, Joey’s job requires analytical thinking and Joey is not an analytical thinker. Joey was trained by a previous leader who never challenged him to do his best, so for the past few years Joey was able to get away with coasting. Now that he has a new leader, Joey has launched a complaint that his new boss Maria is “being aggressive, difficult to work with, not a people person and out to get him”.

When asked for examples, Joey claimed that Maria sends tasks back to him for small errors, she takes him to task to do menial things that are not important, and that Maria has favourite employees, and he doesn’t think she likes him.

In discussing the issue with Maria, I learned that Joey is not prepared at meetings, misses important deadlines, often sends information out without checking for accuracy, and he lacks the basic critical thinking skills necessary to make good decisions in his job, which is a requirement of his role.

Joey’s team members have also complained to Maria that they do not want to work with him anymore, and that they’ll be seeking employment elsewhere if Joey is allowed to continue to play a leading role in their department.

Because Joey is a full-time employee, Maria can’t fire him even though it seems he doesn’t know or do his job. Maria has decided to quit investing time in Joey and instead invest in the other employees in the hopes of retaining the rest of the team.

By choosing to focus her energy on helping the other employees feel valuable, happy, and engaged to maintain a functional team, she is quietly firing Joey. She has explained to those employees who have complained about Joey that she is documenting the information and sharing it with human resources. Unfortunately, it will likely be a three-to-five-year battle to let him go. The alternative is to help him see that he is no longer a valuable member of their team.
When I asked Maria how long this has been going on, she said it was an ongoing issue as Joey came from another department – and when she reached out to his former leader, he told her that Joey leaving his department was the single most joyful day he could remember at work for years.
In the new world of work, organizations must change these practices to ensure leaders and employees get the tools they need to work well.

The antiquated policies and procedures that crippled the workplace for decades are being questioned by this generation of workers, and will continue in the future of work.

Unfortunately, in my career as a Conflict Analyst, Professional Development Coach and Trainer, I have seen similar situations left unaddressed for years, resulting in great employees leaving the workforce.

The negative aspect of quiet firing that has been getting attention is when it happens for people of diverse groups. I once had a visually impaired client who suffered great pains from a new boss who thought she had no business being in that department.

Quiet firing should not be used as an exclusionary tactic against those from diverse or vulnerable groups, even though they may be high performers – something I have seen come across my desk far too many times.

Meet Jane, a high-achieving employee of a diverse background with record sales across the region. Jane contacted me in tears, saying she was being mistreated at work. She was passed over for promotions several times in preference for someone whose performance was less than 50 per cent of hers. When she asked about a promotion, she was told to be happy that she has a job. Eventually, the workplace became intolerable, so she left – in effect, she was quietly fired. Though this situation occurred before the pandemic, it is still happening today.

Quiet quitting and quiet firing are tactics employees use when they feel they have no other way – either because of biases, discrimination, or just exhaustion from dealing with a toxic work environment.

The truth is a toxic work environment will make you sick. There is no other way to say it. Whether it is quiet quitting because one feels the need to protect themselves from the onslaught of work, quiet firing because leaders are held hostage by under-performing employees that are bringing down the morale of their team, or employees who are singled out and excluded because of their heritage, orientation, or other qualities – the workplace needs to be a safe place for everyone.
At the Global Workplace Wellness Summit, September 28-29 in Winnipeg, we will be discussing coping strategies to address these issues and much more in the future of work. We will also be running the Coaching at Work coach training certificate starting October 3, which will provide more tools and strategies to address issues at work, instead of resorting to quiet quitting and quiet firing.

It is good to be having these conversations, as they put a spotlight on issues that have been swept under the rug for far too long.

To Your Wellness
Joyce

Joyce Odidison is a Conflict Analyst, Speaker, Author, thought leader, and the world’s leading expert on the Wellness Competency Alignment concept to improve and measure wellness behaviours in organizations. Joyce is President & CEO of Interpersonal Wellness Services Inc. for over 25. She is Founder of the Global Workplace Wellness Summit and What’s Happening at Work podcast. Joyce is the author of six books. She has Founded and leads Coach Velocity School of Coaching, an approved program by the International Coach Federation (ICF). She is the Publisher of Faces of Workplace Wellness Magazine. Joyce is a C-Suite level workplace wellness expert and corporate trainer driving inclusive workplace wellness strategies for organizations globally. She can be reached at phone 1 877 999-9591 www.interpersonalwellness.com

Subscribe to our newsletter to keep up with the latest trends!